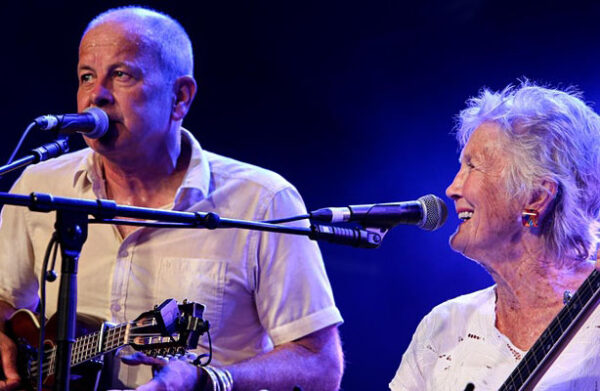 Gigs usually take place on a Thursday evening at 7.30pm, with doors at 7pm.  The New Room cafe is open beforehand from 6.30pm serving drinks, soup, and a delicious selection of homemade cakes.

Tickets are available from the links below, in the New Room shop or on the door. 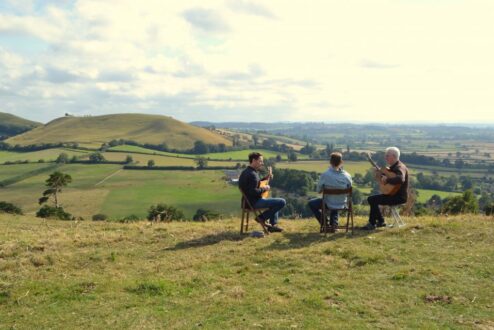 As intricate as a team of watchmakers, as spare as a mountain stream, uplifting and elegiac in equal measure, Three Cane Whale’s multi-instrumental acoustic music encompasses both a cinematic sweep and an intimate delicacy, in which “the aroma of muddy leaves and old nettles is almost tangible” (The Observer). Championed early on by Cerys Matthews, 3CW’s music has featured on BBC Radios 3, 4 and 6Music, as well as TV and film.

In 2019, the band recorded its fifth album,”303″, in a set of linked locations in South Somerset. They’ll be summoning up these resonant landscapes in their acoustic set at John Wesley’s New Room, as well as playing a selection from their extensive back-catalogue and some brand new material.

Expect a stage strewn with upwards of 15 instruments (some familiar, such as trumpet, mandolin, & acoustic guitar; some beguilingly unusual, including the eerie bowed psaltery & a late-Victorian Scottish acoustic keyboard called the Dulcitone), allowing for some striking multiple instrumental combinations and an overall soundworld unlike any other. 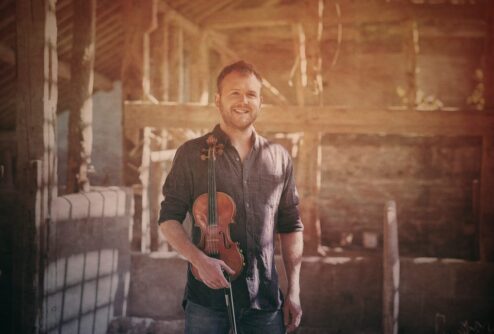 Nominated four times, and winner in 2015, of Musician Of The Year BBC Radio 2 Folk Awards, Sam Sweeney is a veteran of the mighty Bellowhead, former and inaugural artistic director of the National Youth Folk Ensemble, founder member of the acclaimed instrumental trio Leveret, and “one of the defining English fiddle players of his generation” (Mark Radcliffe) at the forefront of the revival in English traditional music.

After the release of his two critically acclaimed albums, The Unfinished Violin and Unearth Repeat, Sam is taking to the road for a few exclusive, intimate, totally acoustic solo performances, playing some of his favourite tunes.

Sam has also recorded and performed with The Full English, Eliza Carthy, Jon Boden & The Remnant Kings, Fay Hield & The Hurricane Party, Emily Portman, Martin Carthy, as well as his own critically acclaimed show Made In The Great War.

“The fiddler with the Midas touch… an English equivalent of the great Irish fiddle player Martin Hayes.” **** The Guardian

“Sweeney’s playing is unearthly at times: the singular focus of this set and the level of its performance makes this an outstanding and deeply moving experience.” ***** – Songlines 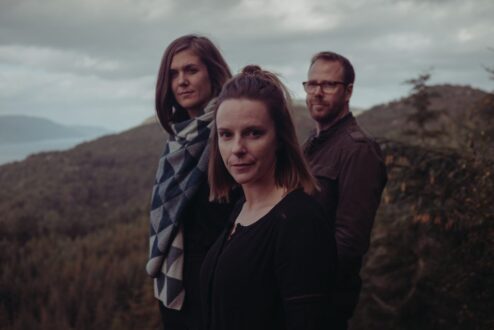 Salt House is Jenny Sturgeon, Ewan MacPherson and Lauren MacColl. Their second album ‘Undersong’ has been praised for bringing “startling freshness” to the British song tradition. Their latest highly praised album ‘Huam’ was released on Hudson Records in March 2020.

Songs are central to the trio. New songs that sound as if they’ve always been here. Ancient ballads woken up. Poems given the tunes they’ve long deserved. Songs about place, politics, landscape and birds.

Singer, guitarist and harmonium player Jenny Sturgeon has a PHD in seabirds. Described by R2 Magazine as “a singer-songwriter who brings together the old and new with a rare skill.” Her songs are earthy and wise; she sings them with beauty and power.

Fiddler, viola player and vocalist Lauren MacColl’s arrangements hold a rich, deep, darkness flecked with gold. You can hear the Highlands in Lauren’s elegant bowing, honed while performing with the quartet RANT, The Rachel Newton Band and as a prolific and award-winning soloist. She plays with warmth, wisdom and soul.

Singer and guitarist Ewan MacPherson brings to Salt House a wealth of understanding and experience gained with the highly respected bands Fribo and Shooglenifty. His songs are poetic and layered; his voice plaintive and from the heart. 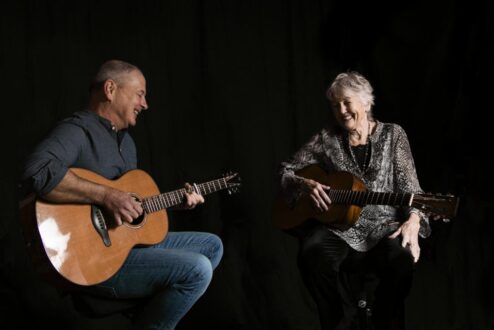 Making a very welcome return to Bristol on her ‘First Farewell Tour’, the charismatic Peggy Seeger – singer, songwriter, feminist, icon, Ewan MacColl’s partner and muse – is the undisputed queen of folk and political song. Join Peggy and her son Calum MacColl, an exceptional musician in his own right, for a glorious evening of up-close performance. Expect to hear some of Peggy and Ewan MacColl’s most loved songs, readings from Peggy’s award-winning memoir ‘The First Time Ever’, plenty of audience participation and lots of relaxed family banter. 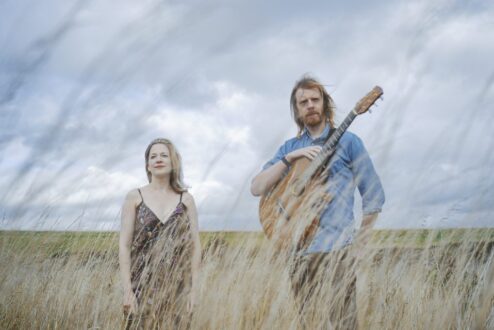