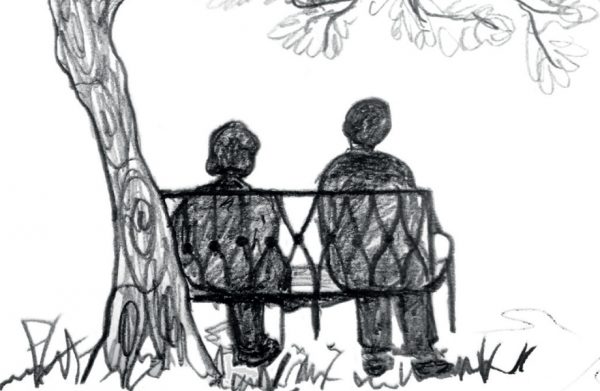 Today (18 September 2017) sees the launch of a new campaign called We Hear you. It aims to get people in Bristol talking about mental health and raise awareness of The Sanctuary, a unique service in the city for people experiencing emotional distress.

The Sanctuary, run by charity St Mungo’s, opened in April 2015 and is commissioned as part of Bristol Mental Health services. Unlike many services, The Sanctuary is open weekend nights from 7pm until 1:30am.

Over each weekend an average of 20 people visit The Sanctuary but staff want to ensure others know about this vital service before they reach crisis point. 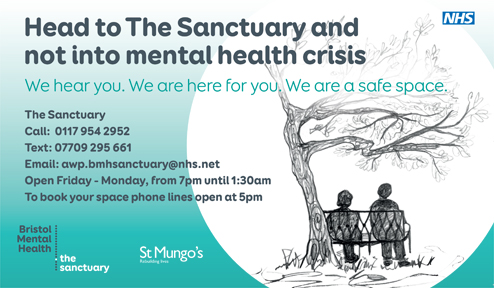 According to the latest statistics from Public Health England, the rate of death by suicide in Bristol is above the three year average for the South West and for England, with 12.8 deaths by suicide per 100,000 people. (England 10.1 and South West 11). The City Council’s Joint Strategic Needs Assessment states there were 137 suicides in Bristol between 2012 and 2014.

St Mungo’s has partnered with sports and leisure provider, Everyone Active, Cabot Circus and The Galleries to place adverts in premises across Bristol encouraging people to get in touch with The Sanctuary if they need to talk.

Richard Popp, Sanctuary Manager, said: “Three out of four people who visit The Sanctuary are considering suicide or serious self-harm. We want people to know we are here for them. The Sanctuary is a welcoming safe space available for anyone feeling they can’t cope or are feeling desperate over the weekends. We help people find some stability and a plan to stay safe. People can spend time talking through their situation with a trained worker, or just take some breathing time.”

“Many people, particularly men, tend to avoid talking about their feelings until things become a crisis and we hope this campaign will inform people to use the service before they reach breaking point. We’d like to thank our partners Everyone Active, Cabot Circus and The Galleries who are helping us to reach more people and let them know we are here.”

Shaun began visiting the Sanctuary in December 2016 after two serious attempts at taking his own life. He still occasionally uses the service. He said: “I thought the pain I was suffering mentally couldn’t be alleviated and so the only way out was to take my life. I thought if nothing could stop the pain there’d be no point in seeking help. It was relentless, I could only sleep for an hour or two, and sleep was the only break I got from my dark and painful thoughts.

“It was wonderful to come to The Sanctuary, to stay as long as I needed to and meet friendly people; with the combination of talking to people and counselling I left The Sanctuary feeling ‘ok’ and with a realisation that there was something  that could alleviate the pain. I lost my suicidal thoughts and had, now, a little bit of hope from which I could build my recovery.”

Pearl Maynard, General Manager at one of Everyone Active’s seven leisure centres in the city said: “We are very glad to be a part of this campaign and raise awareness for a great cause that directly helps people in Bristol.

“We believe that a person’s wellbeing comes from not only being physically active, but also supported with their mental health. Being part of this campaign gives us the opportunity to enhance the work we do in our centres every day to help improve the wellbeing of the community.”

How to get in touch with The Sanctuary

How to show your support for We Hear You Campaign

Bristol focus for BBC’s next ‘House Through Time’

Get delicious Marks & Spencer food delivered to your... Read more >