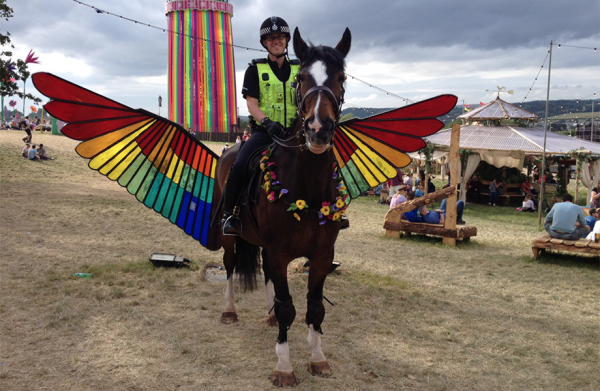 On Monday 11 December 2017 Police Horse Broadmead patrolled Bristol Shopping Quarter one last time, giving shoppers the chance to stroke his nose and say goodbye before his retirement. He is 20 years old and has served in Bristol for 15 of those years – we will miss him. 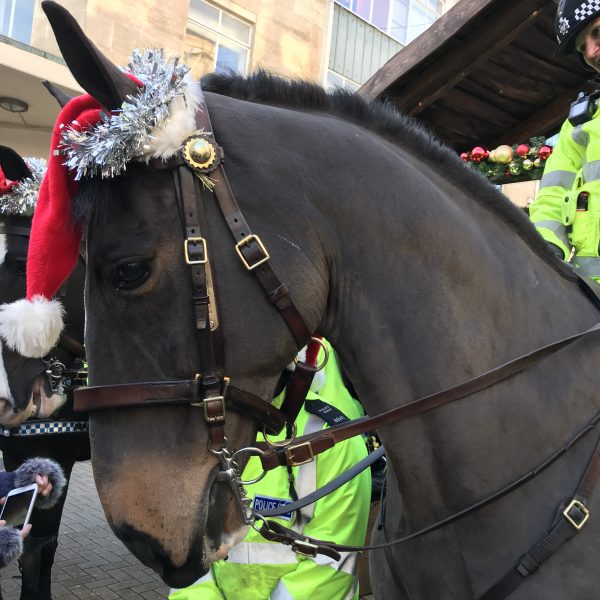 Before the event, his groom, Natalie, told us a little more about Police Horse Broadmead:

It is with mixed feelings that we will soon say goodbye to our dear friend Broadmead. Mixed because although there are few horses that have greater deserved a long and happy retirement, his horse shoes will be very hard to fill.

‘Gordon Bennett’ as he was previously named, arrived from Carmarthen in January 2003 aged 5. His previous owners thought the world of him as they had needed to hand rear him as a foal. As a result, Broadmead was never wary of people and in his early career, knew how to use his size and strength to his advantage. Sometimes this worked in our favour and sometimes quite the opposite!!

The Victor Meldrew of the stables

As a young horse, Broadmead had a great attitude in his ridden work. There wasn’t a lot that fazed him during his training period and he quickly progressed to patrols in the city.

In the stable however, he had earnt the nickname ‘Victor Meldrew’! It was all an act though; he liked to pretend he was grumpy but could never keep it up for long as secretly he loves cuddles and fuss. 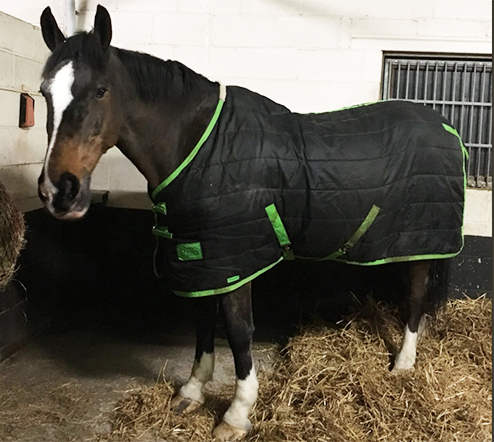 His party piece was being able to ‘suck’ polos, something I’ve never seen a horse do before and his expression while doing it has had us all in stitches on many occasions. Another ‘talent’ we discovered fairly early on, was his ability to escape from his stable. He realised that if he kicked the door repeatedly, the bottom bolt would eventually come loose.

I regularly came in on an early shift to find him wandering around the inside stable block, having dragged all the other horses’ rugs on to the floor. His most memorable escape though was the time he got out, and then proceeded to let another horse out, before putting himself back to bed with an expression like butter wouldn’t melt!

Broadmead became a popular horse to ride, mainly because he was fun, but more importantly safe. He was forward and willing to ride without being naughty; it was this attribute which led him to become a horse who taught many new recruits their trade and looked after them over the years.

Police Horse Broadmead has attended Charles and Camilla’s wedding, Badminton Horse Trials, The London 2012 Olympics and the Stokes Croft riots to name but a few. He has also been on the pitch at both the Memorial Stadium and Ashton Gate during pitch invasions! Alongside these higher profile jobs, he has completed countless high visibility patrols, football matches, missing person searches and ceremonial escorts.

He owes us absolutely nothing.

Broadmead will retire to a private home in Dorset where he will receive one-to-one care in a family environment. He will continue to be lightly ridden a couple of times a week which will suit him perfectly.

It’s sad to see him go and we will surely shed a few tears on his last day. But we feel very honoured to have worked alongside him and we wish him a very long and happy retirement.

Police Horse Broadmead has been sponsored by the Broadmead BID (Business Improvement District).

“Some years our Broadmead BID team had the opportunity to do something different ..sponsor a police horse!!

“This turned out to be a great decision and we have really enjoyed our link to our famous friend in the police team.

“It is sad that we have now reached the point where Broadmead is retiring, we shall miss him. The police horses are very important and we look forward to working with everyone in the team again in the near future.

“Thank you to all who made this great partnership happen over the years and happy retirement to Broadmead somewhere in Dorset.”

Three of his stablemates joined Broadmead for his last patrol of Broadmead when lots of shoppers enjoyed having an opportunity to say goodbye and thank you.  BBC Points West were there to film the occasion. 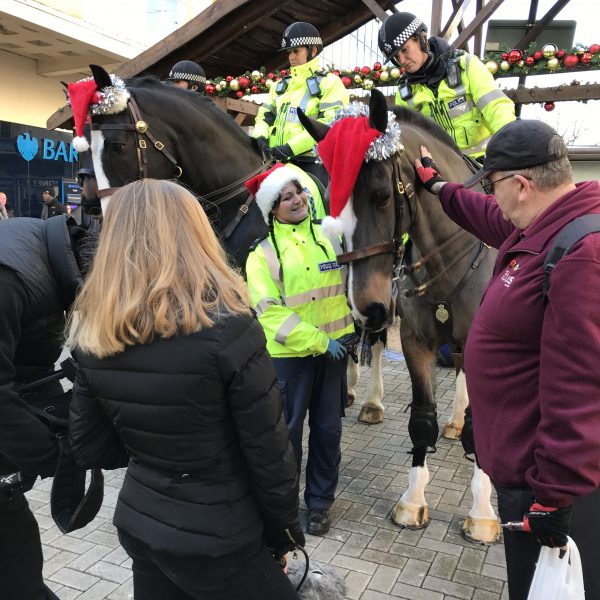 If you took any photos please tag #bristolshopping and we’ll share our favourites.

Superdrug are supporting the NHS with the roll out of the... Read more >

Buses are still running for essential journeys, however... Read more >