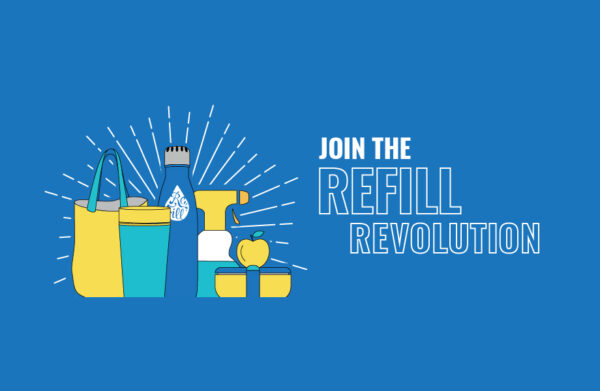 Refill is an award-winning campaign to help people live with less waste. The campaign connects people to places they can eat, drink and shop without the pointless packaging.

Anyone can download the free Refill app to tap into a global network of places to reduce, reuse and refill. From a coffee on your commute, to drinking water on the go, or even shopping with less plastic, Refill puts the power to go packaging free at your fingertips.

Refill will always be a water refill campaign, but the issue is much bigger than bottled water. Take-away packaging is consistently in the top 10 most commonly found items on beaches and rivers around the world.

With more than 30,000 places offering free drinking water globally, over 300,000 app downloads and 100 million pieces of plastic avoided to date, City to Sea has proven that Refill has the power to create a wave of change and stop plastic pollution at source. Find your fill.

Get the app and join the Refill Revolution! refill.org.uk